Believe it or not, there was life before Forever 21.

Clothing was not only not disposable, but also not available at the drop of hat (or a credit card). Fashion was an investment — clothing took time to make, so people cared for their garments in order to extend the life of their closet. In this post, we’ll take a brief journey into life before fast fashion:

A Very Brief History of Fashion

For most of (Western) history, “fashion” was reserved for only the wealthiest people — kings, queens, and aristocracy. Fashion was expressive — a way to show off position and standing. Clothing, on the other hand, was functional. Most people just wore their fabric to keep themselves (relatively) clean, warm, and protected. As time inched toward the late 19th and earliest 20th century, however, manufacturing made fashion slightly more accessible to “all,” where “all” still mostly included the upper echelon of society. Textiles were more readily available, and dyes were less of a precious commodity. As wealth increased among the middle class, so too did access to fashionable clothing. Garments, however, were still made to order. Women had to know how to sew, or at least have the money to pay someone who did, as pre-made clothing was still a few years away. The Encyclopedia of Fashion shares that, during this time, people would take apart the high-fashion garments coming out of Paris to create patterns, allowing people to create their own versions. However, this still needed to be done in the home or by tailor.

The combination of the sewing machine and factory production lines helped push the ready-to-wear industry into the fore.Men’s clothing was the first clothing to be mass-produced. But women’s clothing lagged behind in terms of technology. According to the Encyclopedia of Fashion, the first mass-produced piece of women’s clothing was the shirtwaist, which, per Wikipedia, was “a separate blouse constructed like a shirt.” As shirts were originally menswear, it makes sense that this would be the first piece of women’s clothing that was mass-produced. (The term “shirtwaist” may sound familiar, as most modern references to this piece of clothing, at least in America, are made to the tragedy at the Triangle Shirtwaist Company in 1911, where around 146 people — mostly women — were killed when the factory caught on fire.) One of the reasons that women’s clothing took longer to reach mass-production than men’s was the question of standard sizing. Women’s clothing was “dependent on a precise fit” and could be altered to take into account the latest trends out of Paris. This meant that women would make clothing to fit themselves; however, with pret-a-porter (or off-the-rack) fashion, women had to fit the clothing instead.

The Influence of “Standard Sizing”

It wasn’t until the 1940s that “standard sizing” came into being — the Small, Medium, and Large we know of today were based off of the measurements of 15,000 women, most of whom were white and smaller than the average. Per a Time article about the problematic history of sizing, standard sizing “measurements still primarily relied on bust size, assuming women had an hourglass figure.” It was necessary, however, to figure out standard sizes for manufacturers, because, by this time, department stores were using catalogs to sell clothing to women all around the country, even in rural areas. They couldn’t take the measurements of everyone and custom-tailor clothes; there would be no way to cater to everyone and still make a profit.While ready-to-wear clothing meant big profits for large retailers, it also meant big problems for women’s emotional health. Per Wikipedia, “ready-to-wear also sparked new interests in health, beauty, and diet as manufactured clothing set specific, standardized sizes in attire in order to increase quantities for profit. Women of larger sizes had difficulties finding apparel in department stores, as most manufacturers maintained and sold the limited sizes across the nation.”In other words: while ready-to-wear clothing made it easier for women to access and afford the latest fashions, the means of production left out large swathes of the population by necessity.

Globalization led to another innovation in the garment industry, making it even easier for retailers to turn a profit — and quickly. By the 1980s, fast fashion hit the scene. Instead of long trend cycles, where styles could last several years before turning over, fast fashion meant that trends could travel from the runway to the stores within days, and the shelf-life of a given style could last only a few weeks, if that. This really picked up speed in the late 90’s and early 2000s. Now, just a few years later, it feels like the norm. Millennials in particular have known almost nothing except mass-produced, standard-sized clothing, meaning that they have grown up with no concept that clothes should fit the person, and not the other way around.

Fast fashion is problematic in a number of other ways too, as it encourages overconsumption and unethical sourcing, production, and disposal.

A Happy Medium Between Ready-to-Wear and Custom Tailoring

At SmartGlamour, we strive for a happy medium between off-the-rack fashion and a custom tailored feel. We offer trendy clothing, but there’s no “one size fits all” here — we take into account all bodies and strive to make clothing that fits you, and not the other way around.The bridge between the two is size customization. That means that you get to pick the style that speaks to you, but then order specific sizes for your sleeves, waistband, hemline, inseam and more. But if you really want a throwback (and an outfit made for you), then you can have the entire garment custom tailored for a small fee. Our production line is one woman, her sewing machine, and a mission to make fashion that fits all bodies, which means that, while we can’t make clothing that costs $1 and lasts a week, we can create fashion that fits like a glove and can last for years. While we can’t go back in time to an era when clothing had meaning and value, we can create a future where it matters again. It starts with us. (Check out the SmartGlamour shop here!) 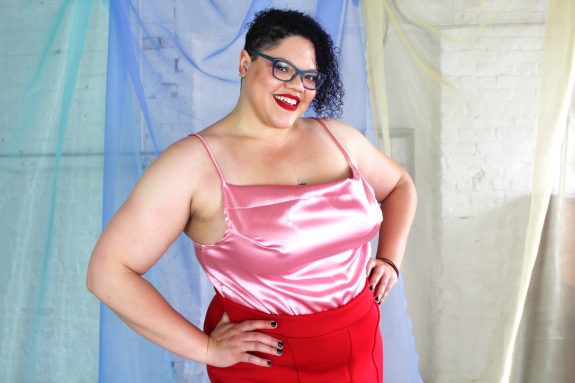 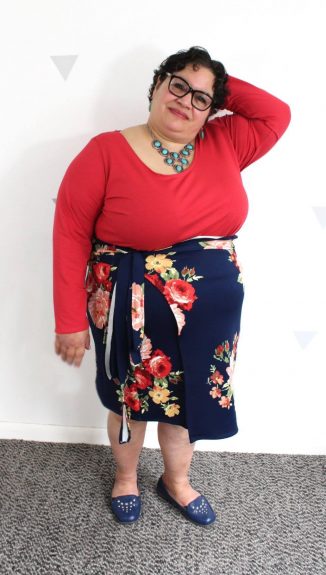 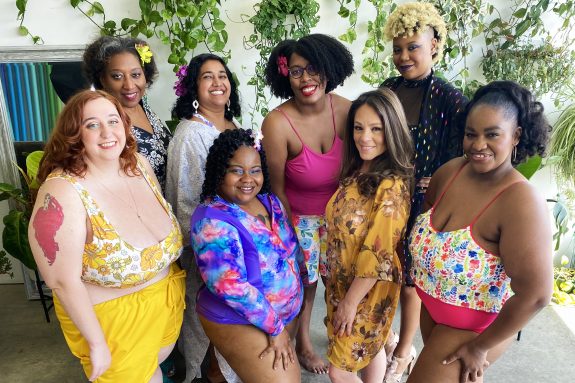