Did you know that every SmartGlamour product name has a story behind it? They are deliberately chosen to pay homage to women, femmes, and non binary folks who have made waves and pioneered the way forward. Let’s learn more about the incredible forces behind the Wedding + Special Occasion collection product names.

Sharon Kazan Harris thinks that women shouldn’t just consume wine—they should be more involved in making it as well. She fell in love with wine when she was 20 years old and living in the Bordeaux region of France, during a year abroad while she was a student at the University of California, Los Angeles. When she returned, she earned a degree in international economics, then worked in publishing, advertising and finally technology, where, as a savvy investor, she was able to “trade computers for vineyards.”

The San Francisco Bay Area native is sole owner and director of winemaking for Rarecat Wines, with production in Napa, Calif., as well as Bordeaux and Champagne in France. Harris is committed to bringing women into the wine business: She founded a group called Wine Entre Femmes, a trade group of women in wine from California and France, and cofounded A Woman’s Palate, which hosts female-targeted wine and networking workshops. “

Katie Bouman, a 29-year-old computer scientist helped develop the algorithm that created the first-ever image of a black hole. For Dr Bouman, its creation was the realization of an endeavor previously thought impossible.

Excitedly bracing herself for the groundbreaking moment, Dr Bouman was pictured loading the image on her laptop. “Watching in disbelief as the first image I ever made of a black hole was in the process of being reconstructed,” she wrote in the caption to the Facebook post.

She started making the algorithm three years ago while she was a graduate student at the Massachusetts Institute of Technology (MIT). There, she led the project, assisted by a team from MIT’s Computer Science and Artificial Intelligence Laboratory, the Harvard-Smithsonian Center for Astrophysics and the MIT Haystack Observatory.

Nadia Murad rose to prominence when she escaped from captivity, after three months of being held as a sex slave for members of ISIS in 2014. Rather than let this silence her, she became a global figure in the human rights movement, and advocates for the Yazidi people, an Iraqi minority that ISIS frequently targets.

She was awarded the Nobel Peace Prize in 2018 for her refusal to “accept the social codes that require women to remain silent and ashamed of the abuses to which they have been subjected.” Murad is also the first ever United Nations Goodwill Ambassador for the Dignity of Survivors of Human Trafficking.

She’s using her platform to educate people about what’s going on in her home country. The 2018 documentary “On Her Shoulders” explains to viewers about the Yazidi genocide, her struggles with becoming a world figure, and how she’s attempting to effect change. As Indiewire wrote, “People like Nadia can’t fix the world, but this vital documentary is proof that it’s heroic enough just to be heard.”

Alexandria Ocasio-Cortez, who is of Puerto Rican heritage, is the youngest congresswoman ever elected. Ocasio-Cortez, quickly dubbed AOC, has made the biggest splash. The 29-year-old burst onto the political scene in 2018 when, running as a Democratic Socialist, she beat her primary opponent, a Democratic Party warhorse named Joe Crowley, to represent a district comprising parts of Queens and the Bronx.

Ocasio-Cortez clearly doesn’t believe in slowly but steadily working her way up the ladder of seniority; she’s advocating for proposals such as the Green New Deal, which would be financed by raising the marginal tax rate on the wealthiest Americans to as high as 70 percent.

One of the first challenges Christy Coleman faced when she became director of what would become Richmond, Va.’s American Civil War Museum, in 2008, was to forge a merger with that city’s Museum of the Confederacy, many of whose loyalists believed in a romanticized version of the Old South. “The idea was to be the premier center for the study of the Civil War from multiple perspectives,” Coleman says. “So what does preeminence mean and how do we get there?” The answer was to be “a place where we were deliberate in wanting the Civil War to really matter to people, to really help them understand it and its connections to life today.”

Coleman managed that merger deftly, as she has many of the transitions in her own life. She grew up in historic Williamsburg, Va., where the Civil War casts a long shadow. At 17, she landed a job as a historical reenactor. While her peers were pretending to be tradespeople, she would later tell the Washington Post, “I was portraying an enslaved person.”

Focusing on museum studies, Coleman earned both bachelor’s and master’s degrees from Hampton University, a historically black institution in Virginia. By the mid-1990s, she was the director of African American interpretations and presentations at the Colonial Williamsburg Foundation. While there, she ignited a national controversy by staging a reenactment of a slave auction. The powerful episode attracted widespread attention, which ultimately led to a job in Detroit heading the Charles H. Wright Museum of African American History. She joined what was then called the American Civil War Center in 2008.

That Coleman is a black woman leading a museum about the Civil War has a particular resonance in Richmond, which was the capital of the Confederacy. Though Richmond is no longer the insular, backward-looking city it once was, the war can still feel strangely present there, and the city has struggled with the presence of massive statues of Confederate generals along its Monument Avenue. But, Coleman points out, things have changed greatly in Richmond. “Ten years ago, this wasn’t even a conversation,” she says.

Samin Nosrat is the newest, freshest voice in the world of cooking—and an important counterbalance to the troubling number of prominent male chefs who’ve recently been accused of sexual misconduct. Last year her James Beard Award-winning cookbook Salt, Fat, Acid, Heat became the inspiration for a popular Netflix docuseries of the same name. “I’ve spent my entire life in pursuit of flavor,” she says in the first episode. She also writes a food column for the New York Times Magazine.

Nosrat was born in San Diego in 1979, three years after her family emigrated from Iran to the U.S. The 39-year-old Iranian American, a U.C. Berkeley grad who trained at Alice Waters’ Chez Panisse, comes across as a sort of anti-Martha Stewart. She is not a glamorous domestic goddess; she’s a younger generation’s everywoman in a messy kitchen. “Mostly,” she explains, “I live to cook and eat with my friends, surf, sleep under the stars and read and write and listen to good music.”

Kat Taylor, the wife of billionaire political activist Tom Steyer, is an activist whose life is dedicated to social, economic and environmental change. She and her husband have used their considerable wealth—Steyer is the founder of hedge fund Farallon Capital—to work toward their social justice goals.

Among other philanthropic ventures, the couple helped create Beneficial State Bank, a community development institution that brings banking services to low-income communities. Describing the work of the bank in early 2018, Taylor said, “Seventy-five percent of our loan dollars have to be in a new economy that is fully inclusive, racially and gender just and environmentally restorative. And the other 25 percent can’t be working against our triple bottom line.”

Omar, 36, is a vocal advocate for single-payer health care, tighter gun restrictions and more expansive immigration policies. She has captured national attention because of her life story as a refugee who made her way into elected office. She immigrated to the United States at age 12 and served as a Minneapolis City Council policy aide before winning election to the Legislature in 2016.

“Here in Minnesota, we don’t only welcome immigrants; we send them to Washington,” Omar told supporters at a victory party in Minneapolis. Omar and Michigan’s Rashida Tlaib, who also won Tuesday, will be the first Muslim women in Congress. 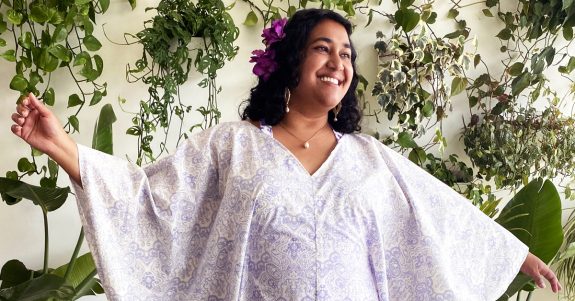 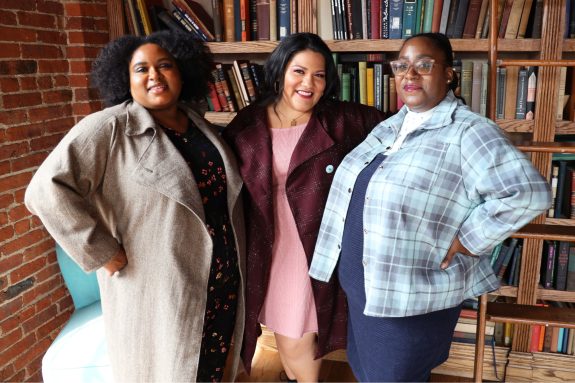 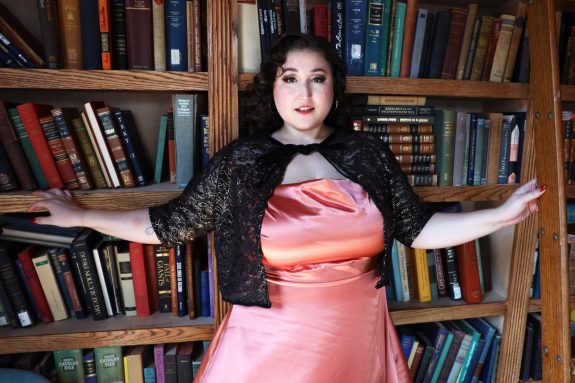